If you know me and my family, you know that my youngest, Rowan, is OBSESSED with Taco Bell.

Anytime we ask him what he wants to eat, he says, “Ta-To Bell.” He is so obsessed, we had a Taco Bell themed party for his 4th birthday. We all love Taco Bell, to be honest.

Also, they’re removing this item from the menu from Taco Bell, so this is a perfect alternative!

This Taco Bell-inspired dish is super easy, delicious, and will be a favorite in your house too. 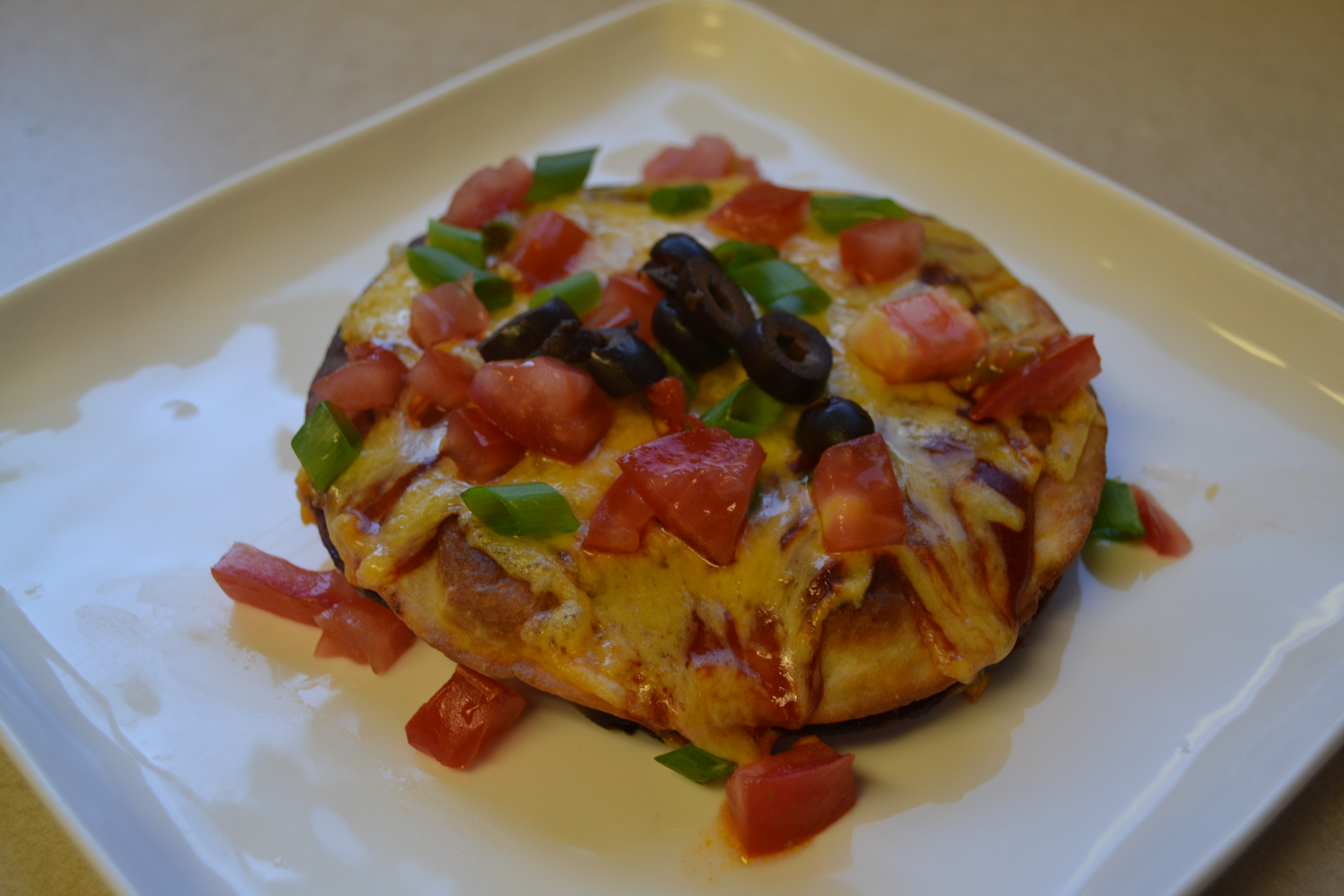 In a large skillet, brown and crumble the ground beef.

While the meat is browning, heat some oil in a small skillet. Add tortillas and cook until crispy.

After the meat has browned, add a package of taco seasoning and some water, and simmer until thickened.

Fry a bunch of tortillas until they are crispy and set aside.

Heat a can of refried beans and slather a good helping on the top of each fried tortilla.

Then, top with some of the seasoned ground beef.

Top with another fried tortilla.

Spread some red enchilada sauce on the top tortilla. 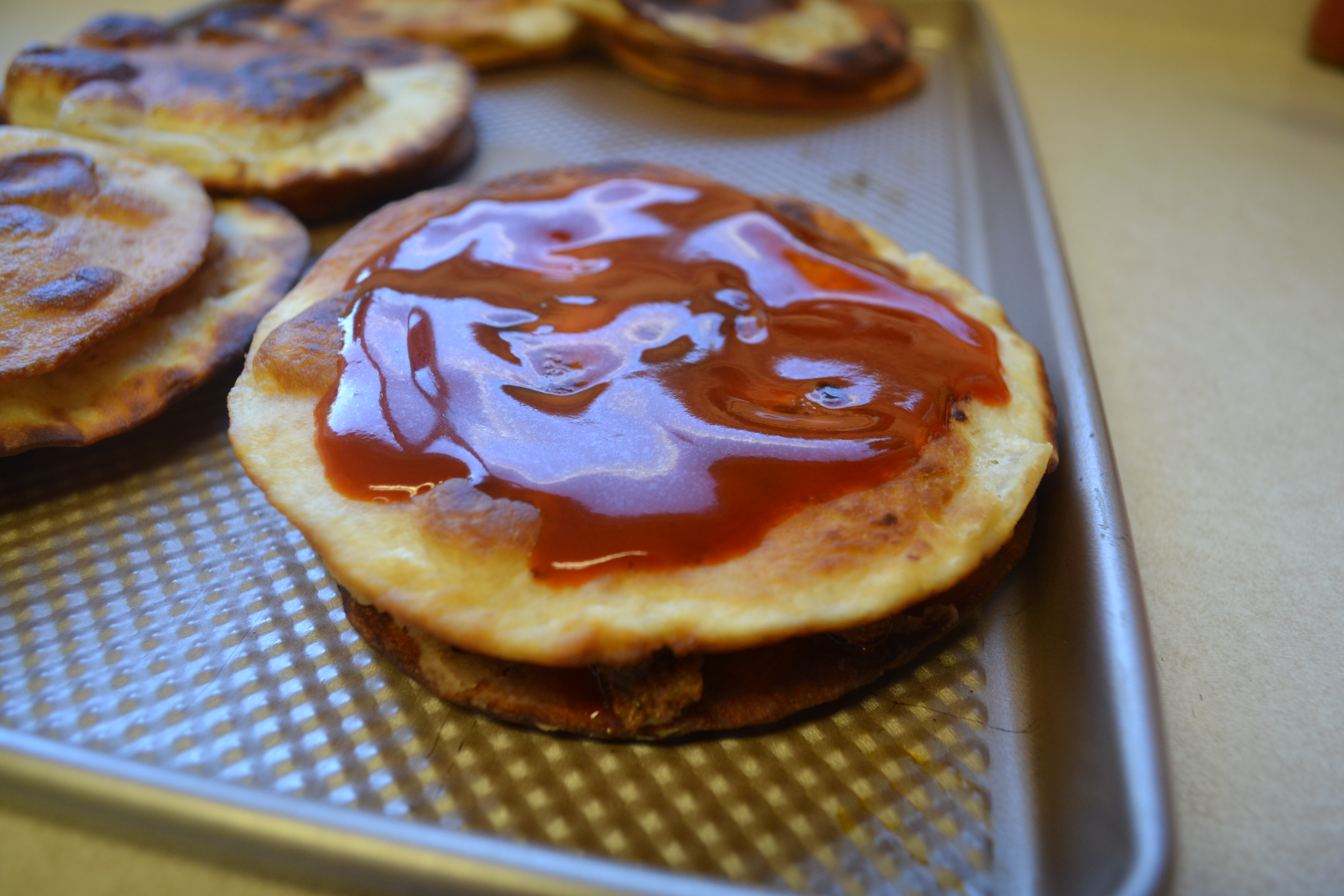 Put some shredded cheddar on top of the sauce.

And then repeat with the remaining tortillas. 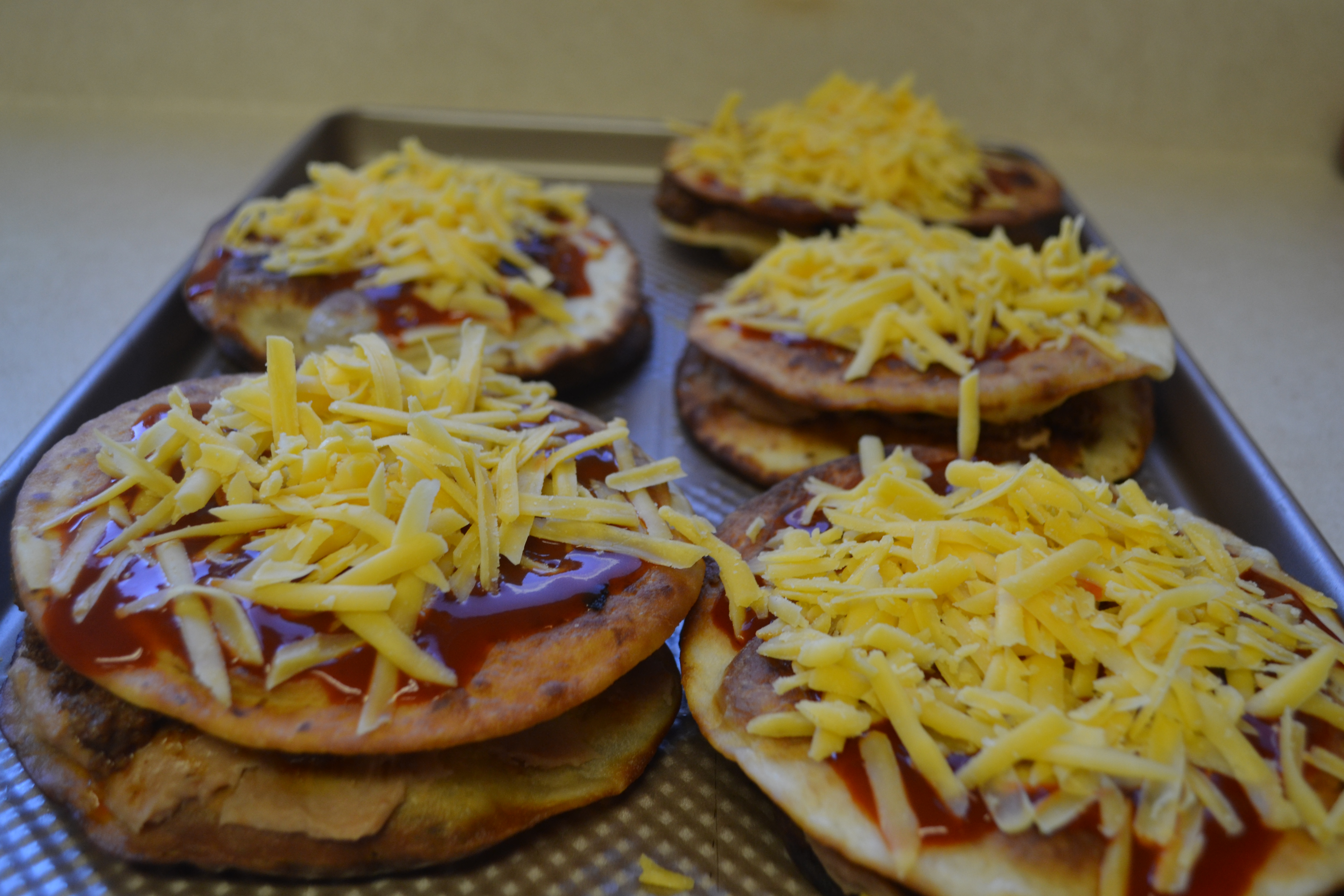 Bake the pizzas for 8 to 10 minutes or until cheese is melted.

Serve with the diced tomatoes, green onions, and black olives. 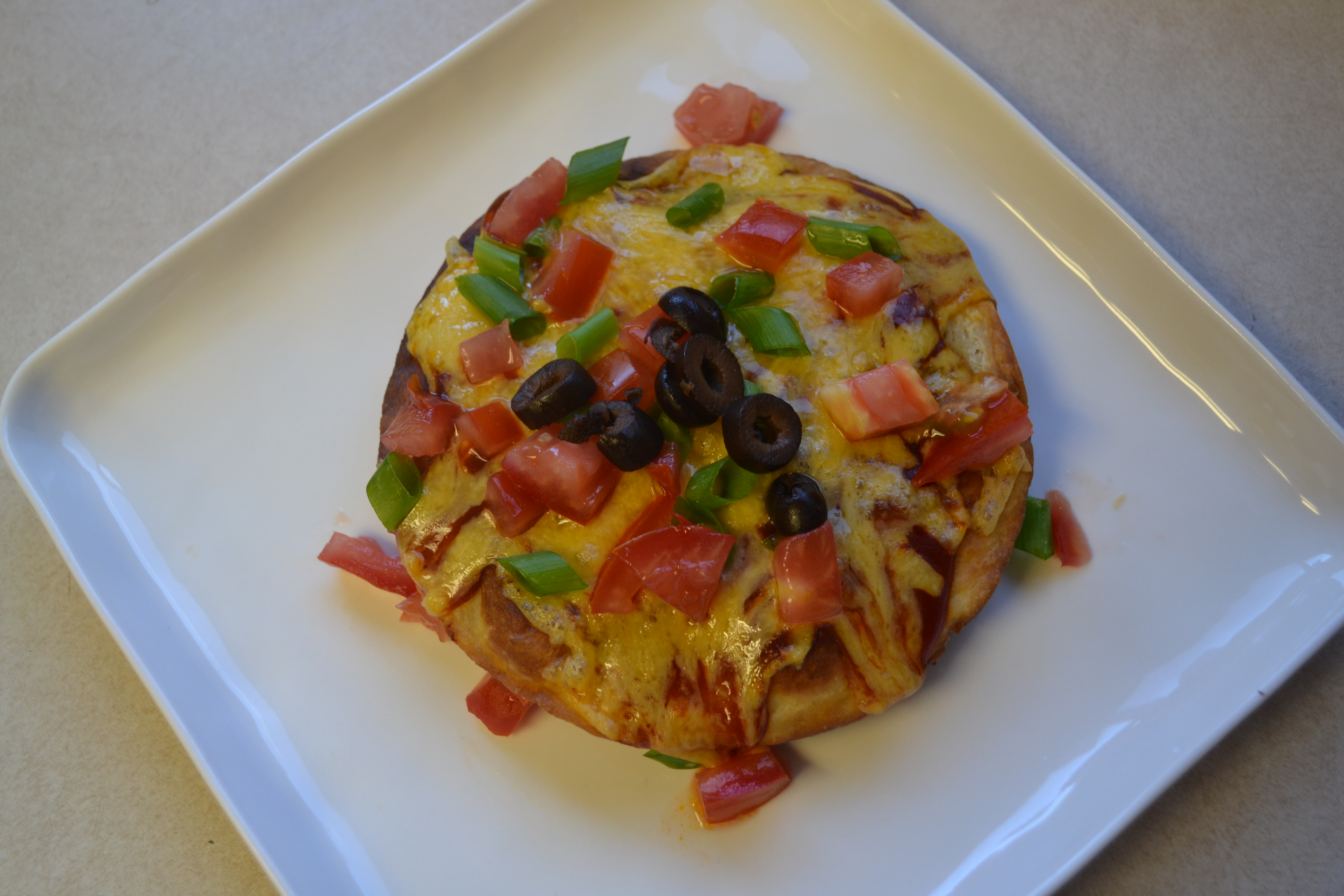