When I was a kid, I used to think that apple butter was one of those things that old people would put on their biscuits or toast, kind of like molasses.

However, it is in fact one of the best things you can slather on a piece of bread anytime, but it is so much better in the fall.

The smells just warm your soul and makes my heart happy. AND, do you know what makes this recipe even better? You make it in the slow cooker!

In the insert of a slow cooker, add some sliced apples with the peels still on. 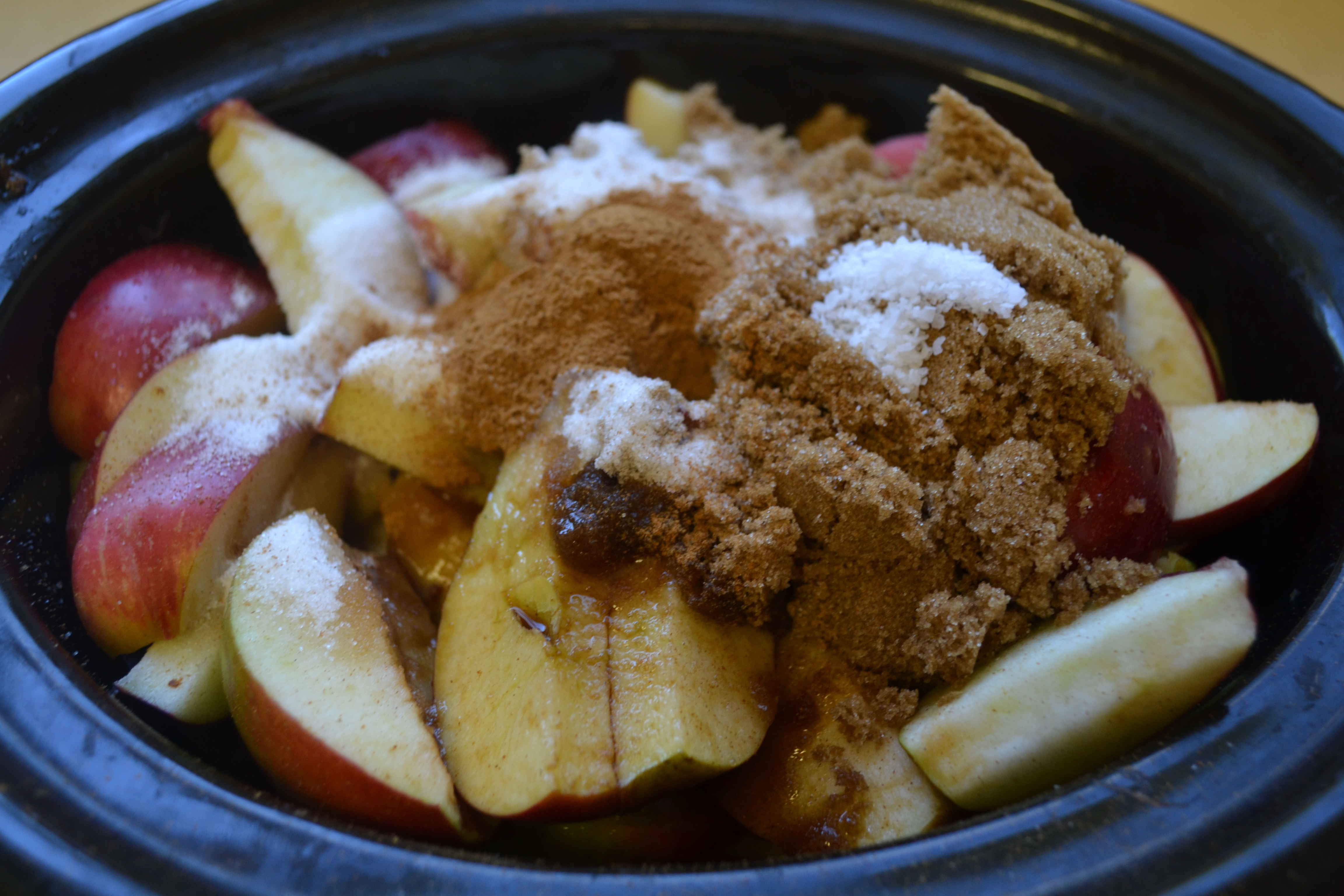 Cook on low for about 10 hours, stirring every couple of hours.

The apple butter should be thick and dark brown. 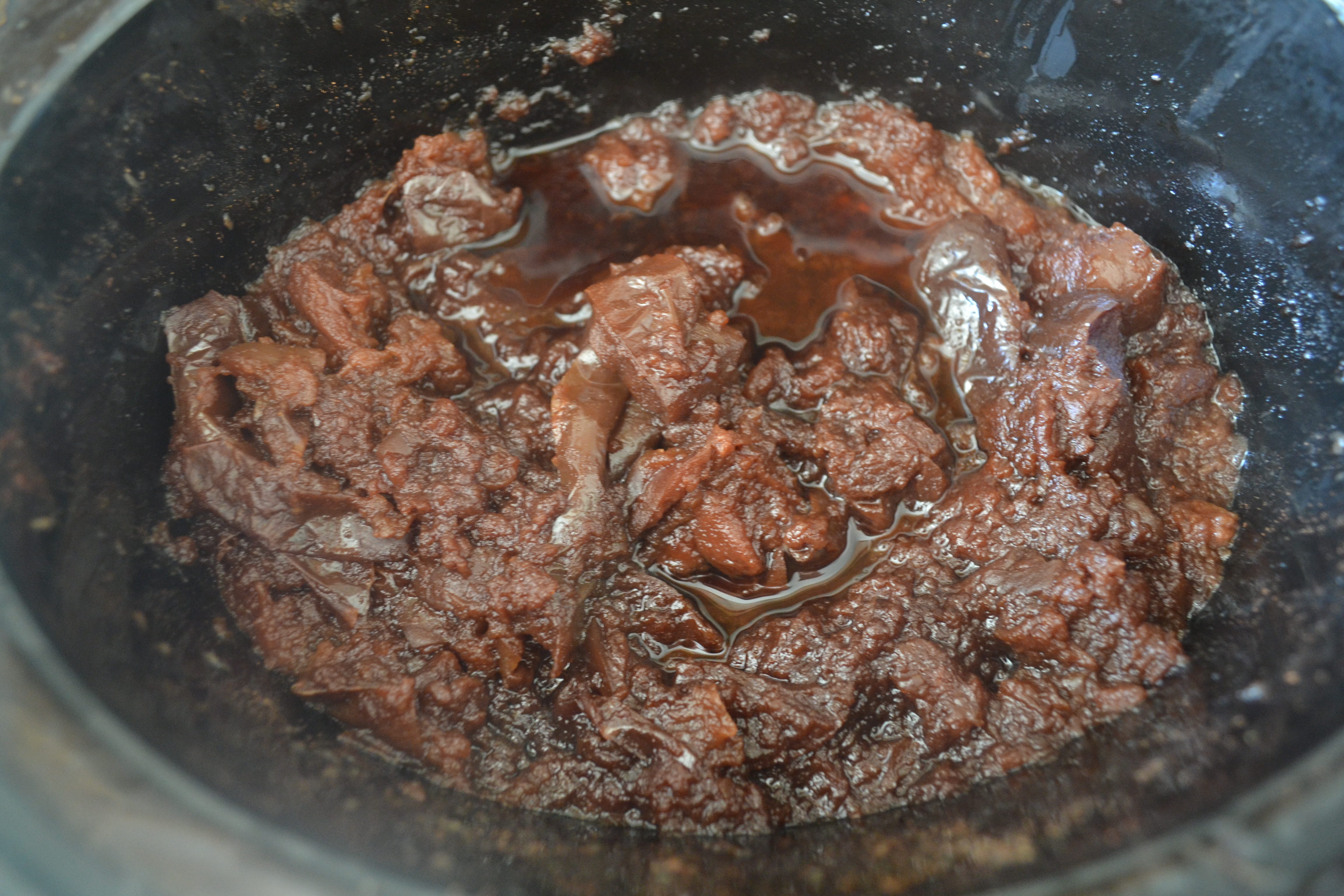 Using an immersion blender puree the apple butter until smooth. 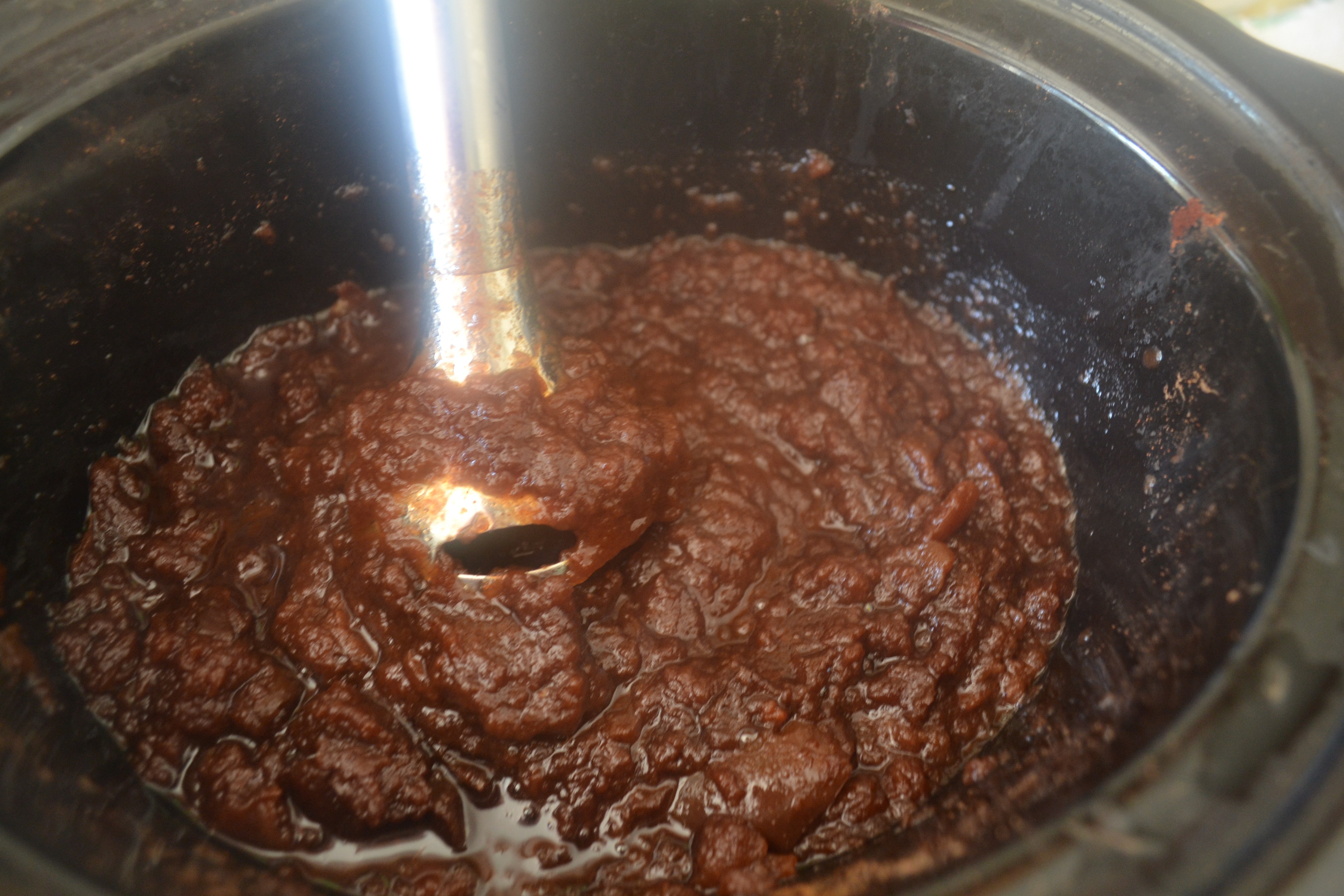 Cover and refrigerate for up to 2 weeks, freeze in small containers, or can in jars.

Spread the apple butter on some toast, on a biscuit, or just eat it with a spoon. 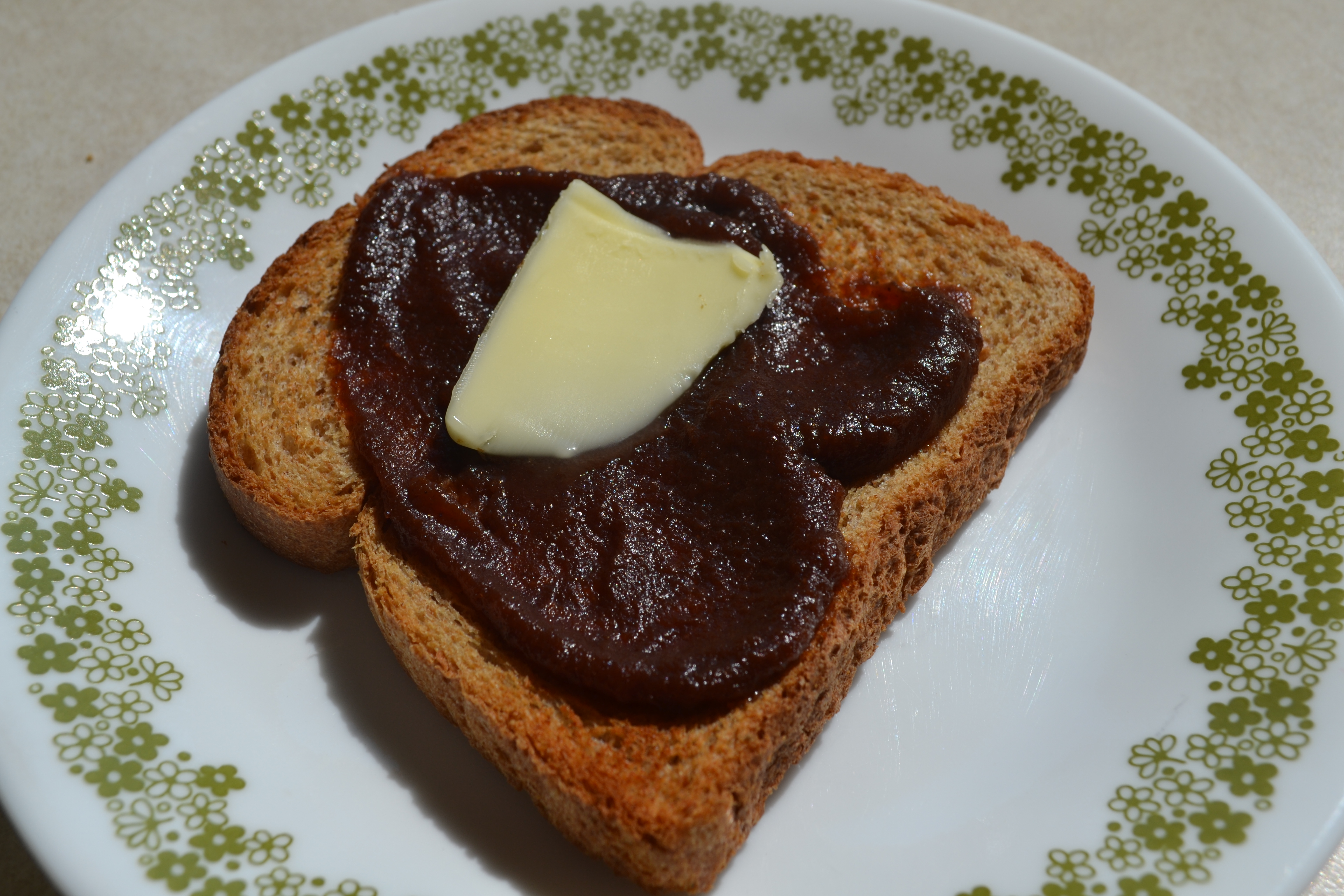