Typically when one thinks of apple recipes and apple season, it is usually just sweets.

However, apple and pork are WONDERFUL together! This recipe combines all of the fall flavors you want and love, but in savory dish. From the apple, the cinnamon, and the sage, this recipe is sure to knock your socks off.

It may sound a little odd, but I promise you will love this combination of flavors! 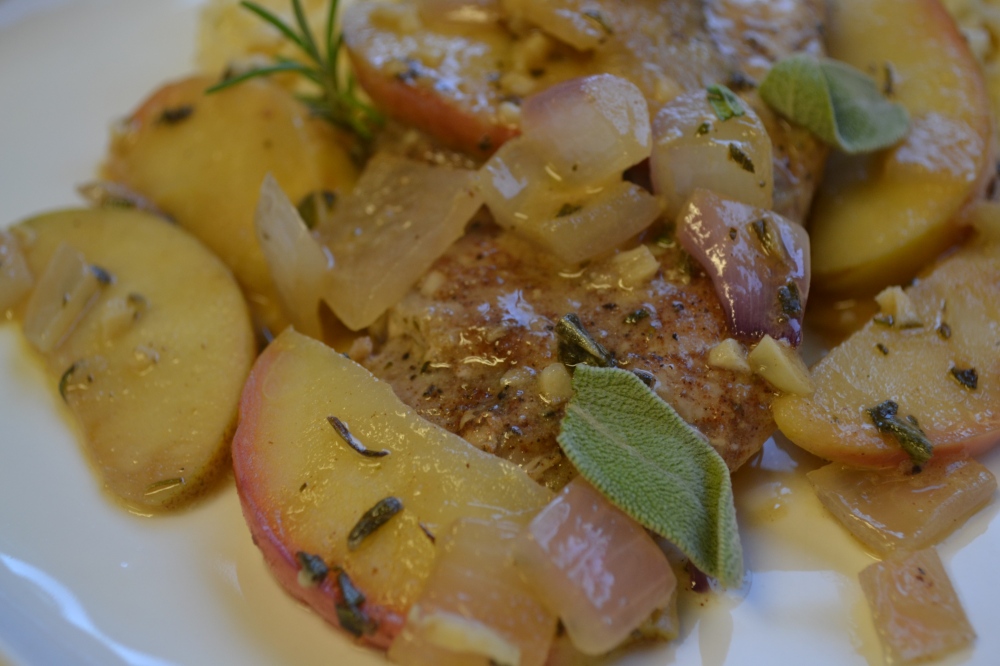 *alternately, you may use 1/2 teaspoon each of dried/ground rosemary and sage

Season pork chops on both sides with salt, pepper, and cinnamon. 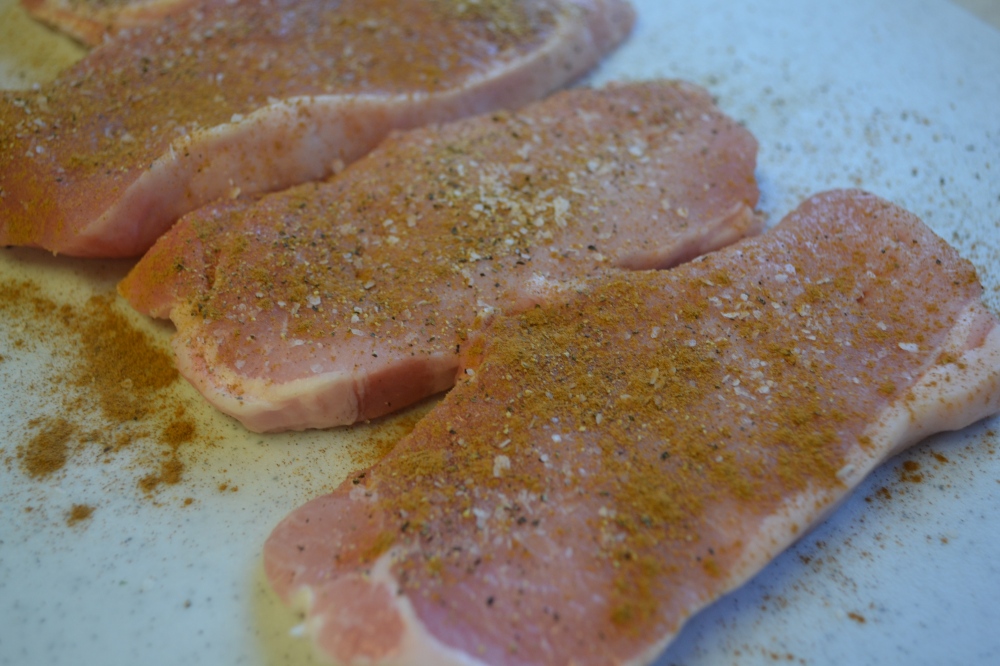 In a skillet over medium-high heat allow some olive oil to get hot and place the pork chops in the pan.

Cook on both sides for a few minutes and remove from pan when they are almost done. 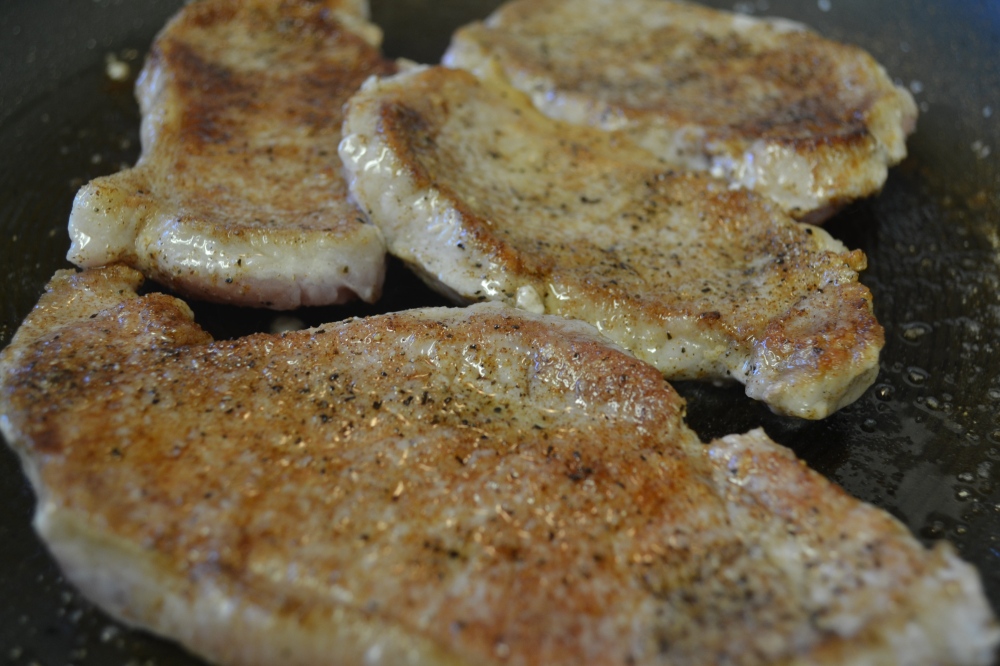 In the same pan, place a pat of butter and allow to melt.

Place the sliced apples, red onion, and minced onions in the pan.

Stir and cook for a few minutes, allowing the onions to soften. Stir in the fresh rosemary and sage and allow to cook for a minute or two. 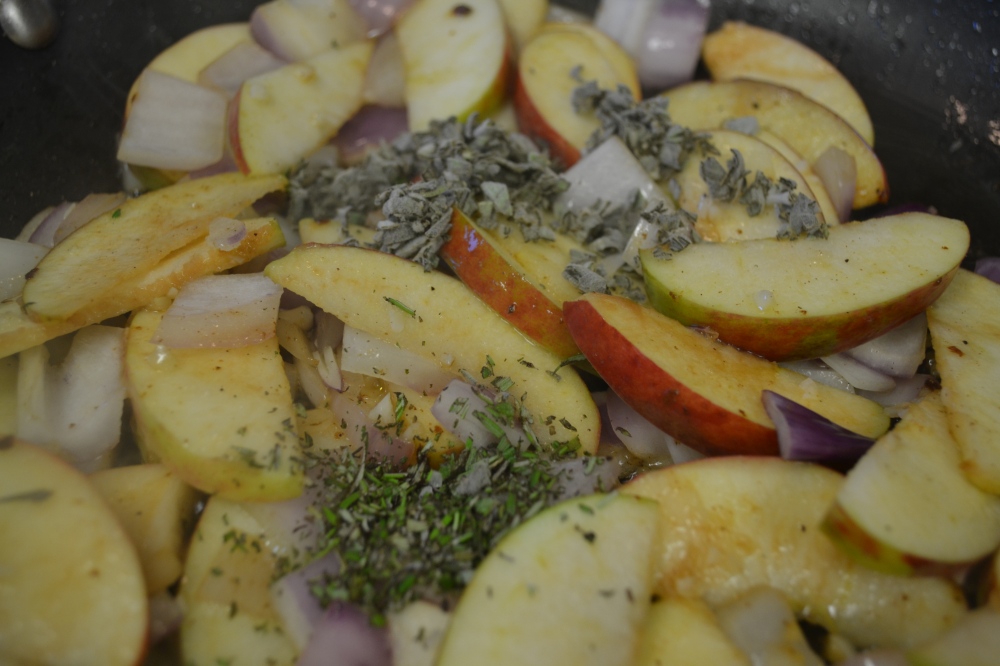 In a measuring cup, stir together the chicken broth, Dijon mustard, and apple cider. Pour into the pan with the apples. 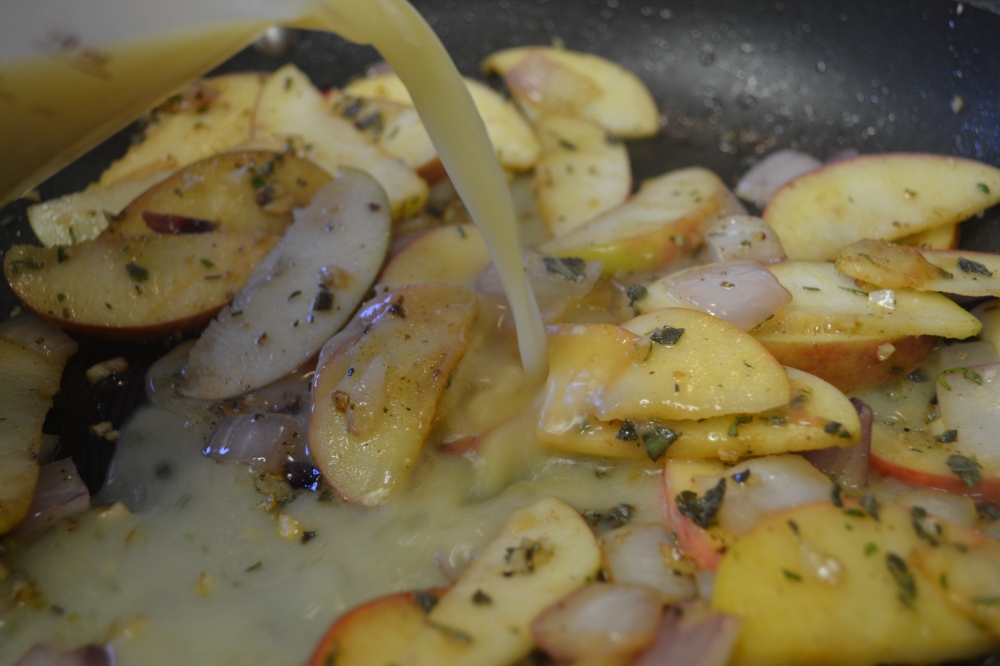 Add the pork chops back to the mixture.

Cover the pork chops with the sauce and allow to cook for an additional 5 minutes. 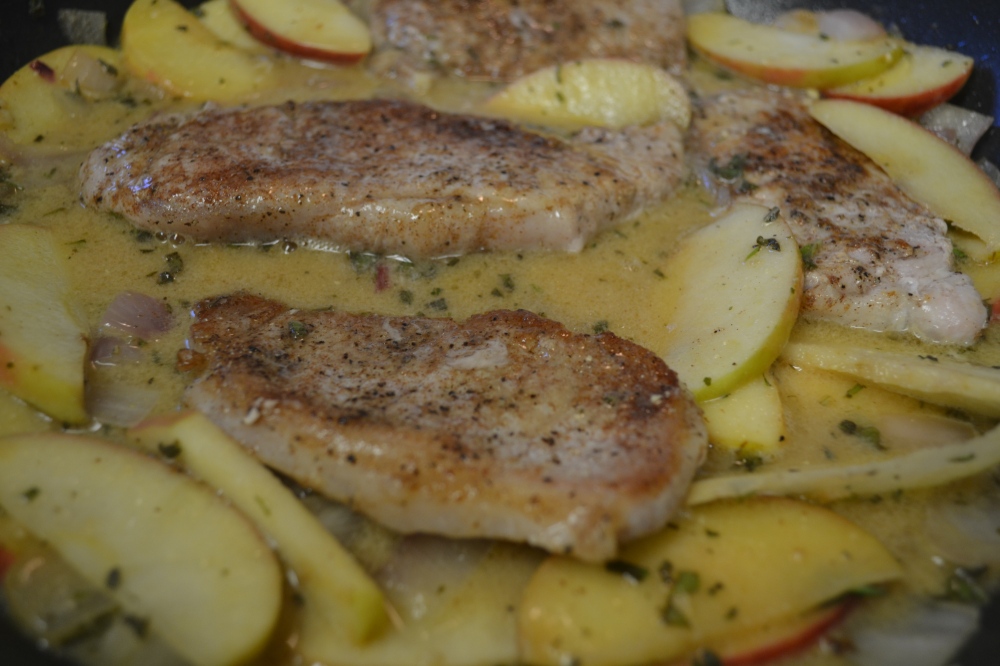 Serve on a plate with the sauce spooned over the pork chops and apple mixture. 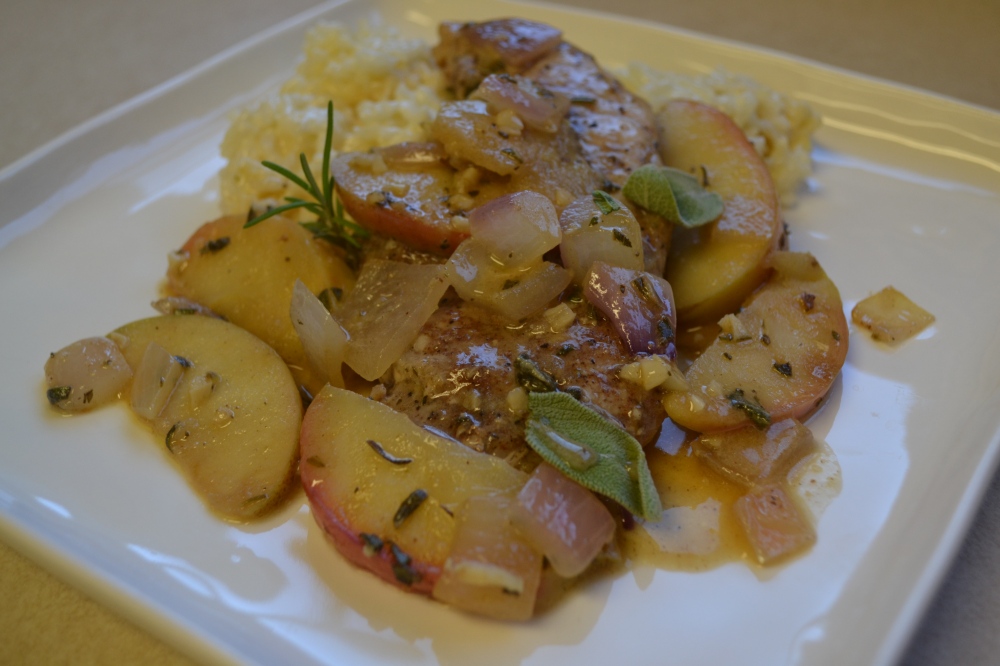