With a shortbread base, an apple center, and a sugary crumb topping, there are tons of flavors that are beyond mouth-watering.

Apple pie bars are a perfect dessert to have on the table at a party or get-together, or you could be like me and keep them in the fridge for whenever you need a little bite of something sweet!

Preheat oven to 300ºF and make the shortbread base.

In a mixing bowl, place a stick of unsalted, room temperature butter.

Mix for 2-3 minutes on high until light and fluffy.

Add in some granulated sugar, vanilla, and salt.

Continue to mix until well combined.

Add in a cup of flour.

Then continue to beat on low until it is mixed. 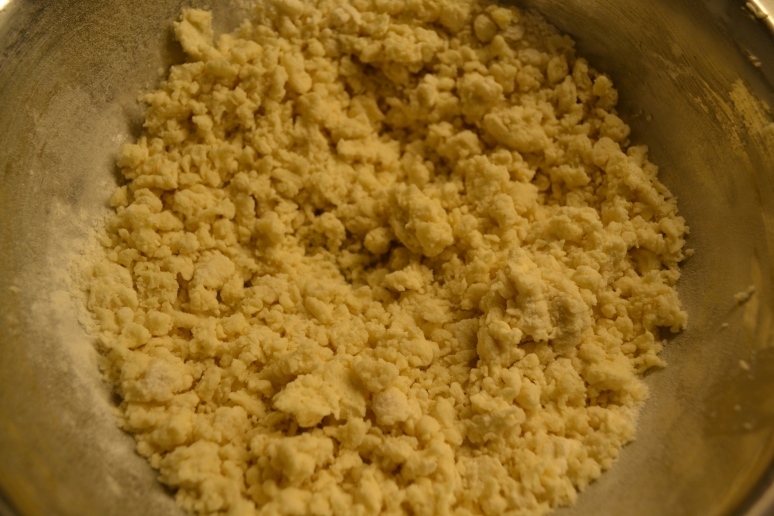 Press the shortbread mixture into a baking dish that has been lined with parchment paper.

Press the dough into the bottom of the pan.

And bake for 15 minutes.

In a medium bowl, stir together some flour and brown sugar.

And in half of a stick of room temperature butter.

Then cut in the butter to the mixture. 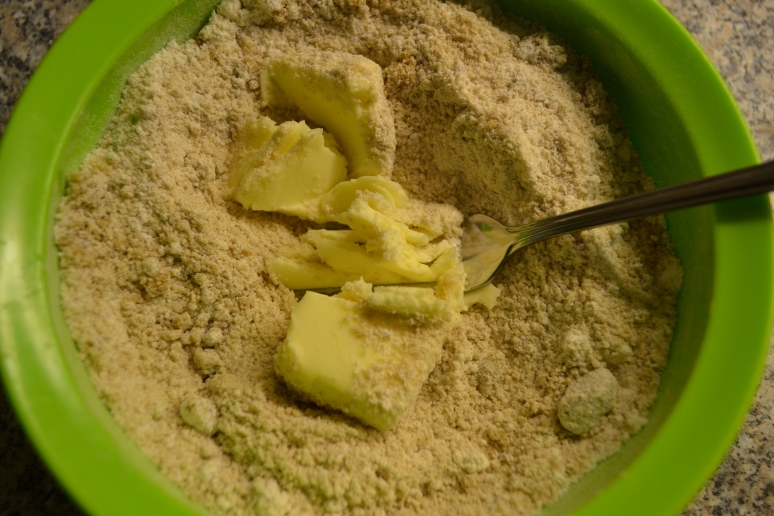 Until the mixture resembles crumbs. Place in refrigerator to keep cold until you are ready to use.

Place some thinly sliced pieces of apples in a large bowl with some flour, sugar, and cinnamon.

Stir until the apples are well coated. 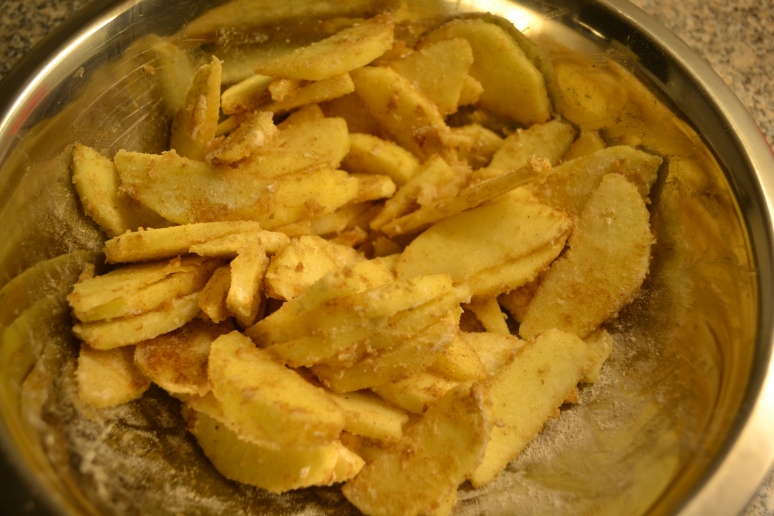 Assemble the apple pie bars by sprinkling half of the crumb topping mixture on top of the shortbread base.

Then all of the apples. 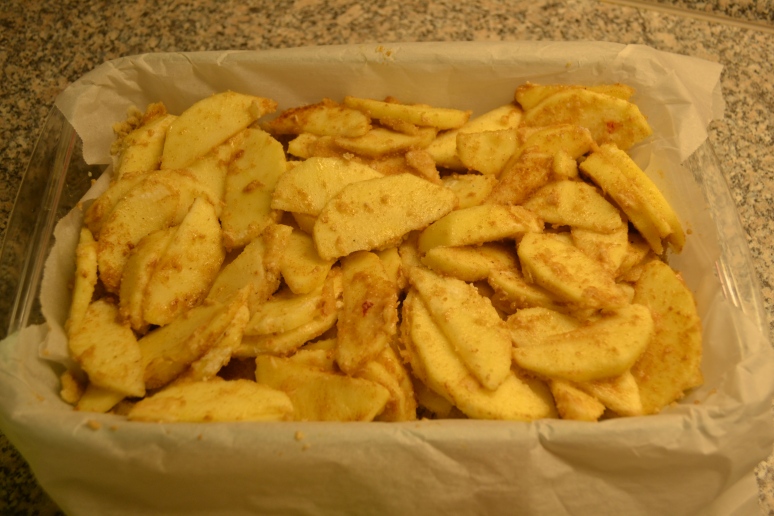 And then sprinkle the other half of the crumb topping on top of the apples. 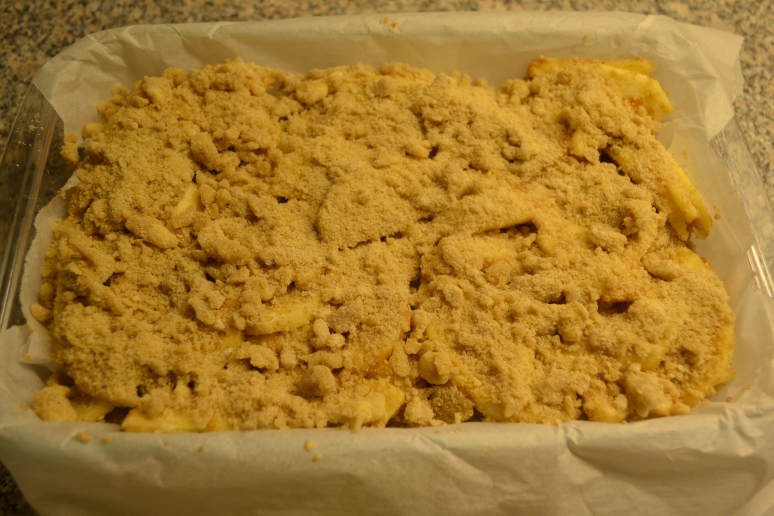 Let the apple pie bars cool completely and then place in the refrigerator for at least 2 hours. 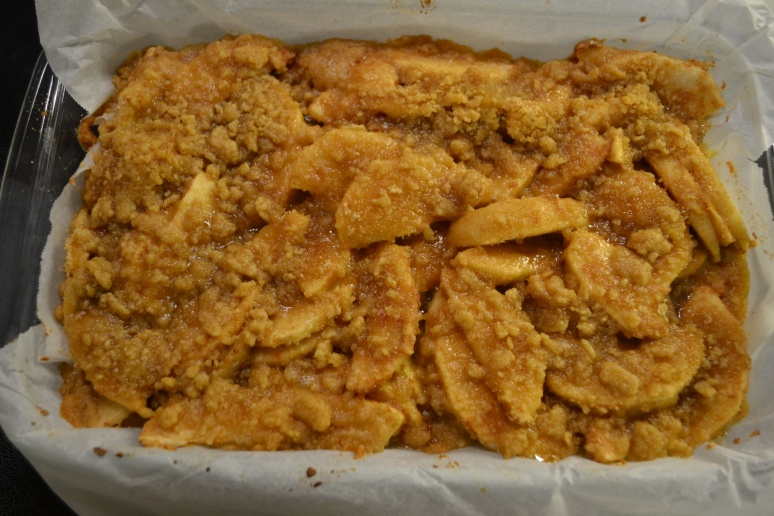 Once cooled, using the parchment, lift the apple pie bars out of the pan.

And cut into squares. 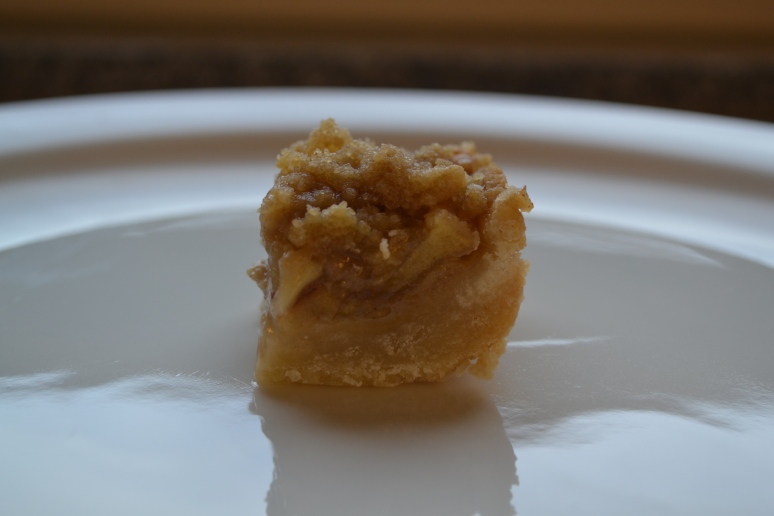 Perfect size for a party or when you need a little bite of something special.